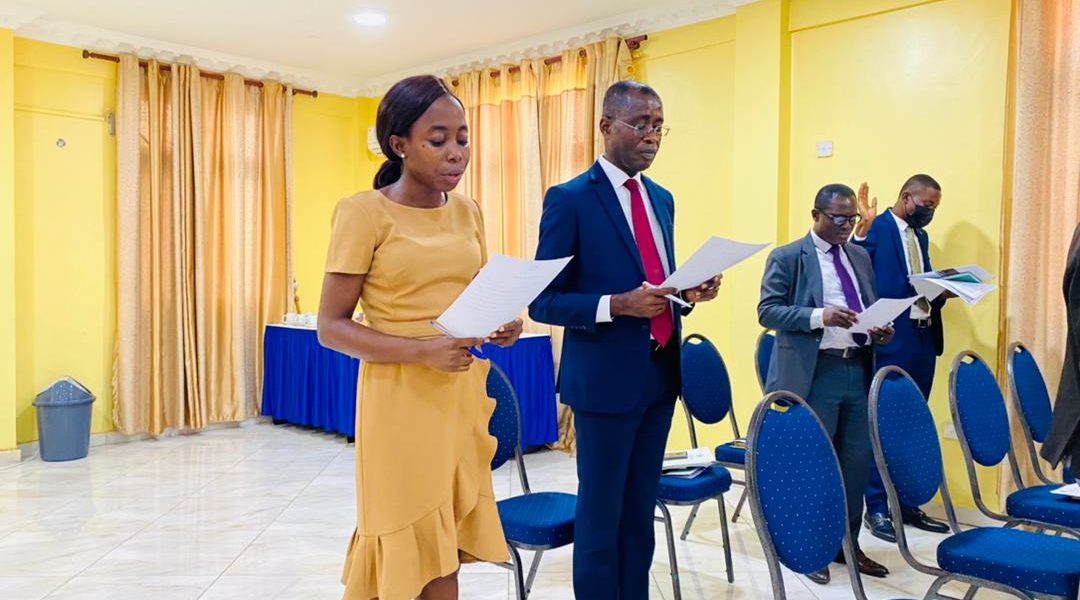 Dr. Eric Oduro-Osae, the Director-General of the Internal Audit Agency inaugurated the Audit Committee of the Allied Health Professions Council on the 18th May, 2022 at the Oceanic Resort.

In his opening remarks, the Registrar of the Council, Mr. Eric Boateng thanked the Director-General for making time to personally inaugurate the Audit Committee. He spoke on the purpose of the meeting and thanked members for availing

themselves to serve on the Council’s Audit Committee.

Dr. E.O Osae in his address, congratulated members of the Audit Committee for agreeing to serve on the Committee. He stated that health issues are important and asked them to see their appointment as a call to service.

The Director-General outlined the mandatory, advisory and supporting roles of the Committee. The mandatory roles, he explained included supporting Management to implement recommendations in internal and external audit reports and directives from the Public Accounts Committee (PAC) of Parliament. He added that the work of the Committee was not to take over the management of the Council but to complement the efforts of the Board and Management and encouraged members to play the role well so that if the Council should appear before PAC it will be for a commendation for doing the right thing.

Members are also to prepare and submit an Audit Committee report annually that indicates all the reports that have been received in the fiscal year, recommendations made in it, cleared issues and outstanding recommendations. This report Dr. Osae said, is used in assessing the performance of the members of the Audit Committee, members appointed to the Board of the Council as well as any public officer whose tenure is fixed. He implored the Committee to quality assure the reports and refrain from putting into it anything that cannot be defended before submission as it becomes a public document once it gets out.

On the advisory roles members are expected to advise Management and the Board to put in place good risk management systems. The Committee is to also advise on risk management practices. He advised Management to invite members of the Audit Committee to sit in Entrance and Exit meetings of External Auditors to get to know about issues and resolve them before the final Management Letter is issued. Dr. Osae charged members to support the Council to develop a risk management policy if they had none to enable them anticipate risk and help them implement risk management issues as the council’s work environment is exposed to all kinds of risk.

The Director-General charged members to occasionally meet with the Board of the Council to give feedback on their mandate.  He advised that they also develop a working relationship with the Audit Committee of the mother Ministry so that the Ministry gets to know of issues pertaining to the Council.

Dr. Osae in concluding, stated that as a Professions Council, they cannot lower the bar or violate rules. They are to set standards for others to follow and therefore charged members to support them to help Mother Ghana. He encouraged them to always reach out to the Agency should there be the need for any assistance.

Professor Augustine W.K. Kyere, Board Chairman of the Council shared a few thoughts on the previous Committee that was inaugurated but never met. and added that he was eager to be present at the inauguration as the Board would not exist without the Committee. He pledged the support of the Board and added that the Council had 18 Professions under it with more institutions in line to register. Professor Kyere congratulated members on their appointment. 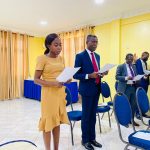 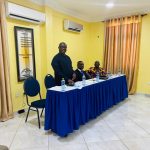 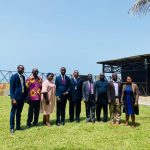 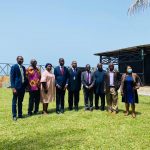 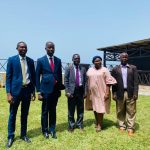 Manage Cookie Consent
To provide the best experiences, we use technologies like cookies to store and/or access device information. Consenting to these technologies will allow us to process data such as browsing behavior or unique IDs on this site. Not consenting or withdrawing consent, may adversely affect certain features and functions.
Manage options Manage third parties Manage vendors Read more about these purposes
View preferences
{title} {title} {title}
X
×
You must be logged in before using WishList. To login click here